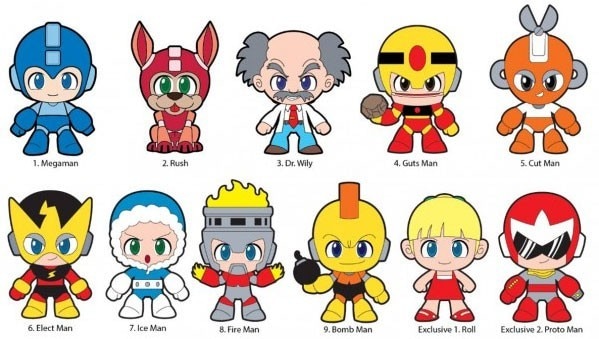 There's no images of the actual figures themselves at this time. However, if you want an idea of what these guys might look like, check out this video on Disney Figural Keyrings. The Mega Man line is expected to hit stores this October.