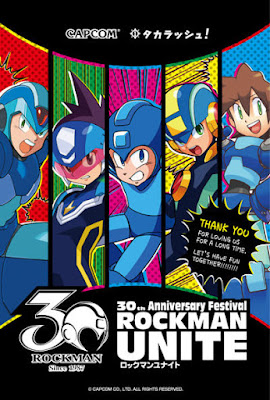 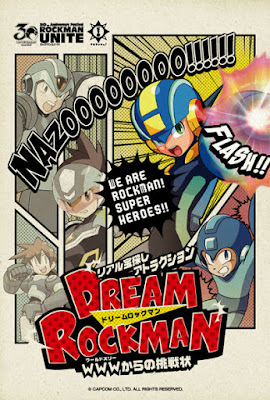 Dubbed "Rockman Unite", the event will play host to a number of events such as a treasure hunt to find a mysterious "dream chip". Attendees will also have the opportunity to much of Rockman-themed food and snag a few exclusive goods, too: clear file folders, postcards, key holders, acrylic key chains, hoodies, and a spiffy tote bag. Oh yes; Rockman.EXE and Blues.EXE will make a special appearance, too.

The event runs until March 21st in Hanayashiki and February 25th in Hirakata Park. Entree fee is a cool 500 yen – practically nothing! More details (in Japanese) can be found at the event's official page here.
Posted by Protodude at 9:09 AM