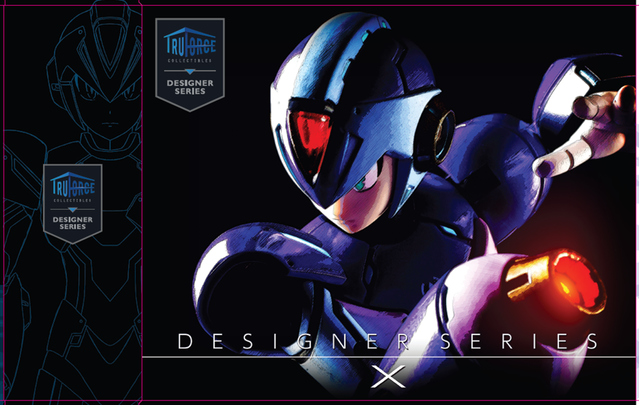 If you were holding out for additional designer series Mega Man figures by TruForce, boy, do I have some bad news for you. TruForce today announced that – despite the success of the first Mega Man X figure – there will be no more figures coming from the line.

The following message was posted to TruForce's Facebook page today:

"Hi Everyone and Happy New Year! We just wanted to provide you all a much deserved update about the state of TruForce Collectibles. We know you all are clamoring for more figures from the Mega Man line but unfortunately there are no plans to produce any new figures. Despite the first figure's tremendous success (thanks to all of you!), we were not able to able to work things out with the licensor in terms of designing any new figures. We tried tirelessly but were unable to come to terms on a style that followed the first figure and thus the decision was made to drop the line.

To this day, we still get tons of messages inquiring about the future of the line and so we wanted to let you all officially know the latest news.

That's not to say the TruForce Collectibles brand is 100% dead as there are still other projects we'd like to pursue in the future and as soon as we have any new concrete plans, you all will be the first to know. Thank you all again for your unbelievable support and helping us create something truly special for the collecting community!"

Although no specific plans were announced, it has long been implied TruForce were hoping to produce a Ver.Ke Zero figure (also appeared in MVCI) and a Ride Chaser to complement the line. It's unfortunate to see that these concepts and beyond will not be coming to fruition.

I'll let you know if there's any further updates on this front. For now hold your figures close. Also, you might want to buy one (or all of them) now before they become crazy rare.