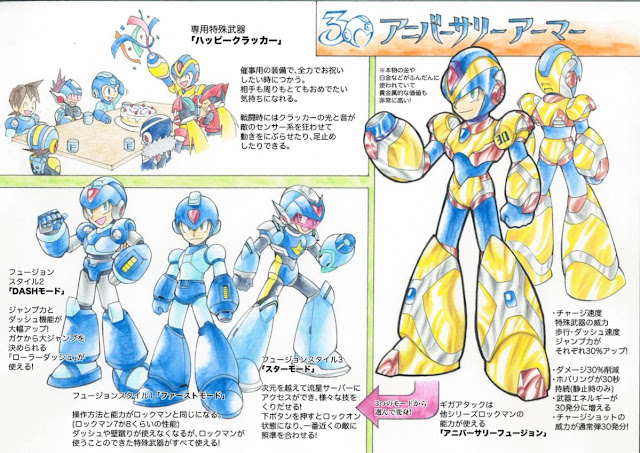 When Bandai announced they were reviving their Rockman X Carddass and Rockman X Mega Missions trading cards, they also put the call out to fans to design a new armor for X. The winning design would be re-drawn by Yoshihiro Iwatamoto to commemorate the new cards.

In total, 201 designs were submitted by Japanese fans. The winning design has yet to be chosen, but that won't stop us from admiring the competition. Hit the jump below for the lowdown!


My pal MegaDegaDrive has translated and re-posted 80 of 201 entries to Twitter. Hit that link and check 'em out. I've also gone ahead and posted a select few below with MDD's translations and commentary: 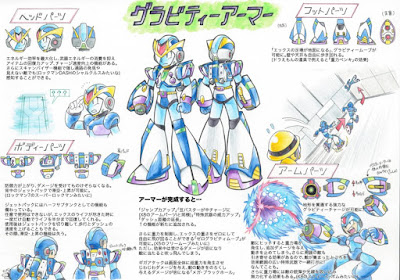 ミキシングアーマー ("Gravity Armor")
Artist: ナンバー13さん
This is the first space-themed armor submitted for the contest, and again, love the colors and the buster shot. Anti-grav boots is a neat concept. 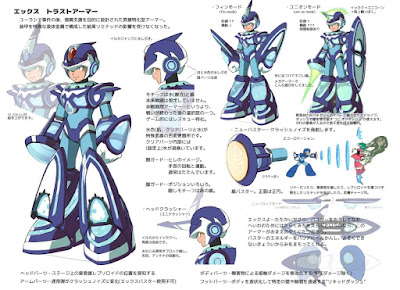 エンディングの向こう側 ("Beyond the ending")
Artist: 名さん
Another solid solo submission, the design evokes the Paladin Armor from Rockman Xover, though it stands on its own with its multiple configurations and the shield, which repels the Limited Virus. 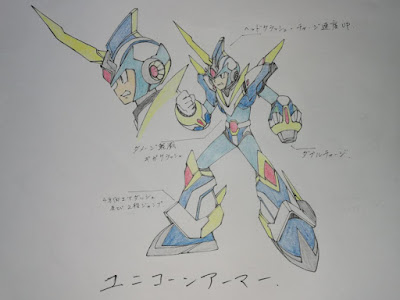 ユニコーンアーマー ("Unicorn Armor")
Artist: 青天井さん
This is another artist's concept for a Unicorn Armor. Unfortunately they didn't go into more detail about what it does, but they did a great job illustrating it. 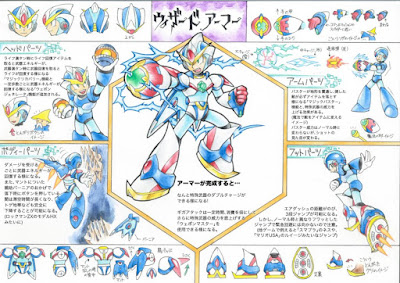 ウィザードアーマー ("Wizard Armor")
Artist: ナンバー13さん
Succeeding the fantasy motif established by the Unicorn Armor, the Wizard Armor seeks to reestablish the presence and importance of special weapons in the form of elemental moves, & gives X a cape. 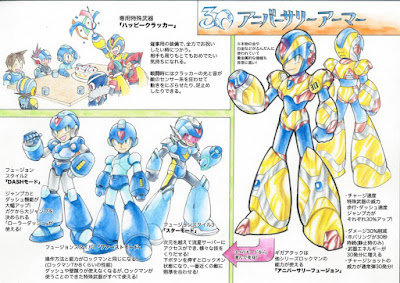 アニバーサリーアーマー ("Anniversary Armor")
Artist: ナンバー13さん
Four-in-one: a gold armor celebrating #MegaMan30, and three armors based off of Legends, Classic, and Star Force, which I'm surprised I haven't ever seen done before. Another neat package 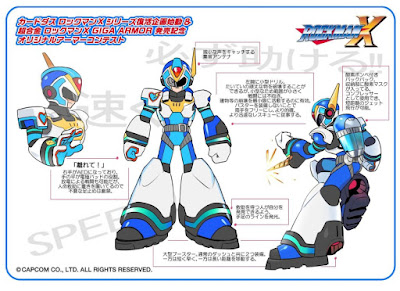 レスキューアーマー ("Rescue Armor")
Artist: yuriさん
The artist's only submission, this is a non-combatant armor designed specifically for saving lives! The design is simple, cool, and it does both the concept & X's character justice. That's rare. 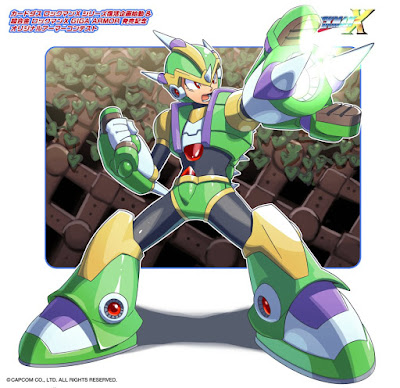 
All entries – including those not translated – can be viewed at the original contest page here. Which one do you think will win? Personally, I really dig the "Wizard Armor". What a neat concept! I know Iwamoto would whip up a nice adaptation of it... but it looks so nice already!
Posted by Protodude at 9:18 PM