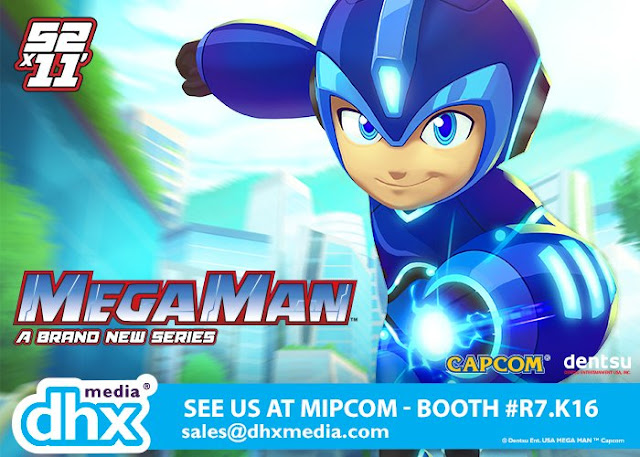 A new promo image for next year's Mega Man cartoon has surfaced online. It's not much but it's something to chew on until the next big info dump.

According to the image, Mega Man will have a presence at MIPCOM, an annual tradeshow in Cannes beginning October 16th. What's more, the image further confirms the show's planned 52x11' format (52 episode, 11-minutes each). This suggests the program will follow a two-episodes-per-show format when it airs on Cartoon Network next year.

And that's about all that can be said for now. Maybe we'll learn more by MIPCOM?