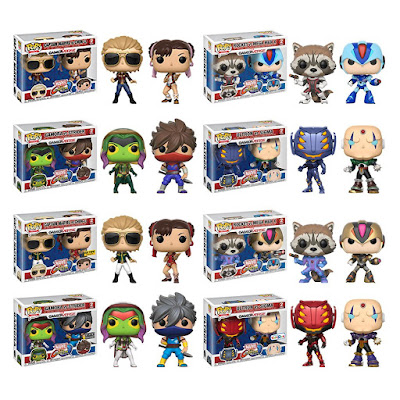 Funko are getting in on the Marvel Vs. Capcom: Infinite hype with a brand-new line of Infinite-inspired Pop vinyls. Among the sixteen revealed figures, we have TWO X variants and TWO Sigma variants headed our way this November. They will be sold in the following 2-packs:


It's worth pointing out X is wearing his TruForce "Ver. Ke" gear in both packs. Oddly enough that isn't a costume in the game – yet. Future DLC, maybe?

Regardless, these actually don't look too shabby (my relationship with Pops are strained at best). Again, you'll find these in-stores and online in November. Stay tuned for pre-orders.