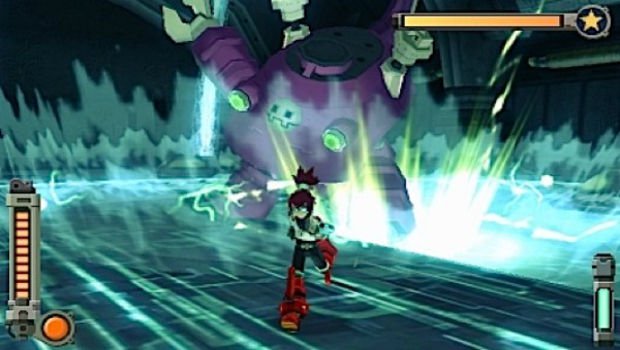 Two events took place on this day six years ago: Mega Man Legends 3 was cancelled and Get Me Off the Moon was formed in response. To mark both occasions, GMOTM published a brand-new interview with Chris Hoffman, former editor of Nintendo Power and the only English-speaking journalist to have played the Mega Man Legends 3 Prototype.

The interview details story and gameplay information not previously known, among other topics. One of the more interesting tidbits concerns the relationship between Barrett and Roll. According to Chris, Barrett not only knew Roll somehow but Roll even said he "seems like family." We may never know the exact connection between Barrett and Barrell Caskett, but it sounds like they may have been one and the same.

Anyway, it's a great interview. It may make you want MML3 even more, but it's great. Read it at GMOTM!
Posted by Protodude at 8:27 PM