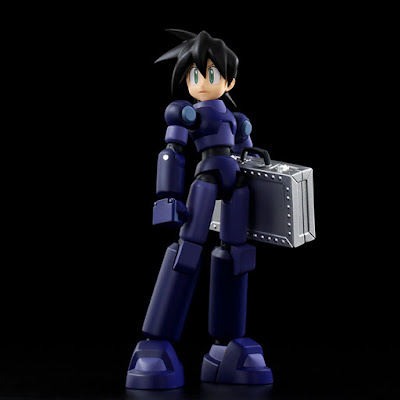 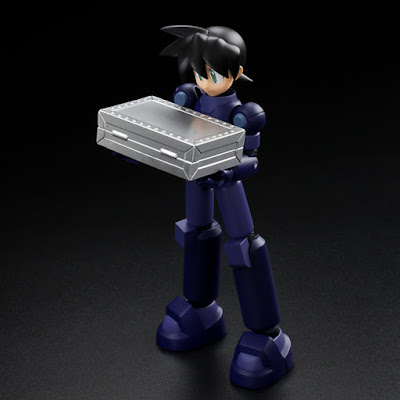 Naughty Rockman DASH and Mega Man Legends fans are in for a treat. Later this month, Sentinel will be distributing a "Dark Rock Volnutt" 4Inch-Nel variant at Wonder Festival. Shortly after, limited quantities will go on sale at Sentinel's website on July 30th.

For those not in the know, this figure is based on Rock's appearance when the player performs too many bad deeds. The suitcase accessory is a direct reference to the optional bank robbery sidequest from the original game. Here, players have the choice of returning a stolen case of 200,000 Zenny or keeping it for themselves. Rock's armor immediately turns jet black if you keep it!

Now, you're probably wondering how *you* can score this devilishly good figure, right? The previous dark Mega Man variant, Dark Mega Man.EXE, actually came stateside as a New York Comic-Con exclusive. I'm speculating here, but I think there's a good chance we'll see this one at a con in the coming months. If not, maybe a web exclusive somewhere like Big Bad Toystore. Point is, international fans have yet to be left out on these "dark" variants. I'll keep an eye out for you.

For now, check out more images here!
Posted by Protodude at 10:42 PM