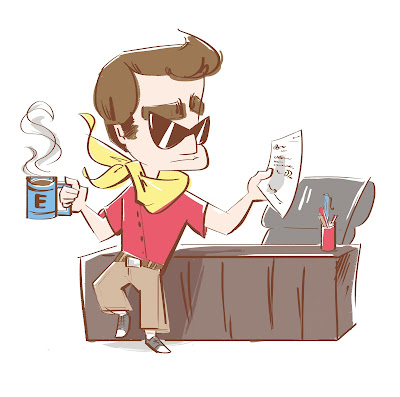 I often receive questions about different Mega Man topics, so I'm rounding everything up here in a new monthly feature called "Ask Protodude." These queries come through my e-mail, Twitter and even the comments here. This month I talk about the 2017 Mega Man cartoon, new games for 2016, the Rockman X3 prototype and more! Shall we?

This was a topic I was tweeting about extensively last month, albeit cryptically. Yeah; I do know a little something about the show.

Back in April, I received a portion of early production notes dated somewhere between January-February 2015. In this small (and I mean really small) set of notes, the show was described to largely take place in a "middle or high school" setting. Now, this is concept isn't entirely foreign to the franchise; Dreamwave's short lived Mega Man comic placed Mega Man (i.e "Rocky") in a similar locale. The idea here is to provide Mega Man with a foundation to discover his humanity, living among children his own "age." Further, the school setting is meant to provide the target demographic with a relatable context.

Why didn't I make a blog post about this? The source of this information - a good friend who currently works in Western animation and comic books - indicated these were preliminary notes scribed during the "brainstorming" phase of production before Man of Action and Capcom settled on a unified vision. The program we'll be watching next year may or may not take a page from Dreamwave's playbook.

In my opinion, though, I say it's likely Mega Man will be attending school. Some of the most successful corners of the franchise -- Battle Network and Star Force specifically -- placed our protagonist(s) in a school setting. For the target viewing audience, there's something very enduring seeing heroes roughly there own age doing something they can relate to. In the case of Battle Network, Star Force and possibly '17 Mega Man, that's going to school.

While Man of Action, Dentsu Entertainment and Capcom want to appeal to longtime fans, it's important to be mindful of show's core responsibility: to cultivate new fans. In recent times the franchise has become increasingly difficult to "get into." To those outside our little walled garden, "getting into Mega Man" is perceived as an overwhelming feat. For the franchise to survive, it falls on the 2017 show's shoulders to provide an accessible outlet to attract new fans. If that means exploring less-than-popular settings and themes, so be it.

2) Do you think there will be a new Mega Man Battle Network this year?

Honestly, I'm not sure. The pessimist in me will say 'hell no'... but in the last few months or so we've seen some interesting developments from the Battle Network camp. From new merchandise to an entire 15th anniversary EVENT, Capcom are paying an unusual amount attention to an individual series' anniversary, more so than ever before.

I guess what I'm trying to say is, more than any other Mega Man series, I believe Battle Network has the best chance to make a comeback. It may be a stretch to say "Battle Network 7!" buuuuut a collection/compilation would be a worthy 15th anniversary product. Hey, another collection is on the official radar, mind you.

Capcom are beefing up mobile software this year, too, with at least one Mega Man game in development. That will arrive (in Japan) between now and March, 2017.

It's still coming. We intended to put this out days after the original announcement, but the hardware we got wouldn't cooperate. Unlike retail cartridges, the Cx4 chip is extremely finicky here. Right now we're in the process of locating better quality hardware; a Super Wildcard DX2, to be specific. There will be new footage to consume in the meantime. Soon-ish.

Your patience is really appreciated, though. And honestly it's hurtful when we're accused for "lying" about releasing it. Of course we're going to release it. There hasn't been a single prototype in our hands that we haven't. Chill out.

5) What's up with that 'I Am Toast' button on the sidebar?

I haven't really talked about this here, but I published a children's book. Long story short, it's about a guy who thinks he's a piece of toast. It deals with comprehending figurative language and even a bit of existentialism. Anyway, it was a fun little project I did on the side in relation to my elementary education career. Is this shameless self-promotion? Oh you bet. Check it out, won't you?


That's a wrap for this month. Keep sending questions through e-mail, Twitter or comments. Thanks to the wonderful AnnaMaria Coppi for the caricature!
Posted by Protodude at 11:08 AM