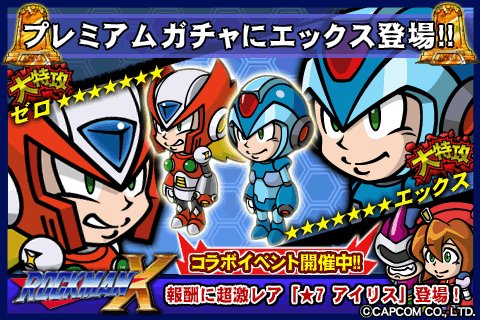 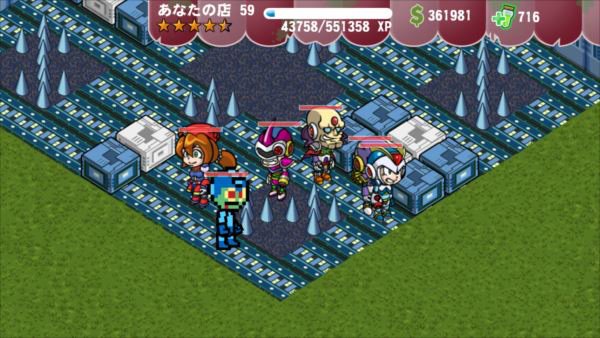 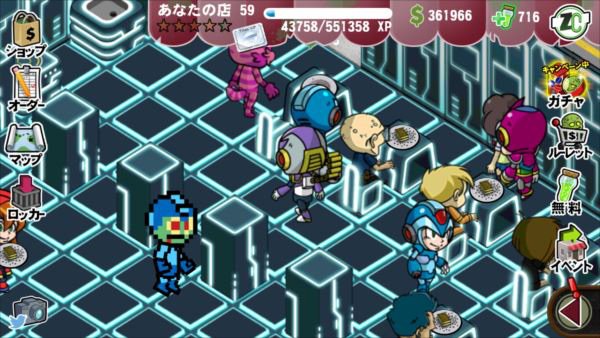 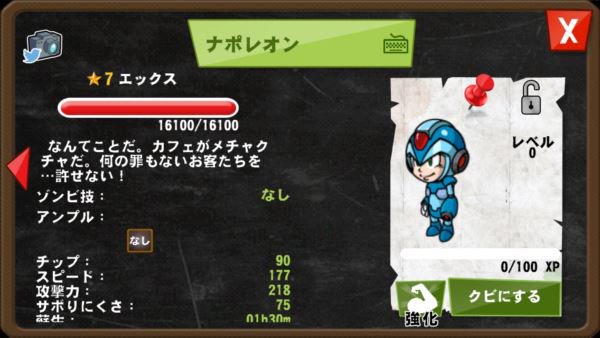 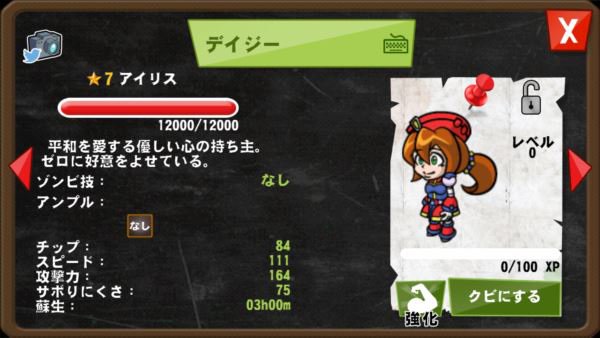 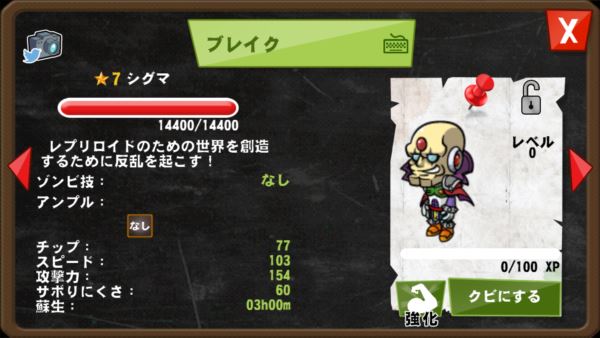 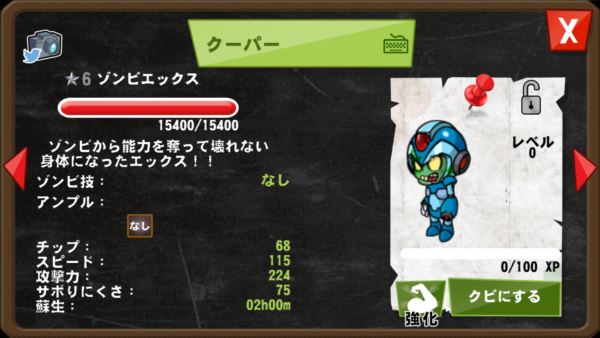 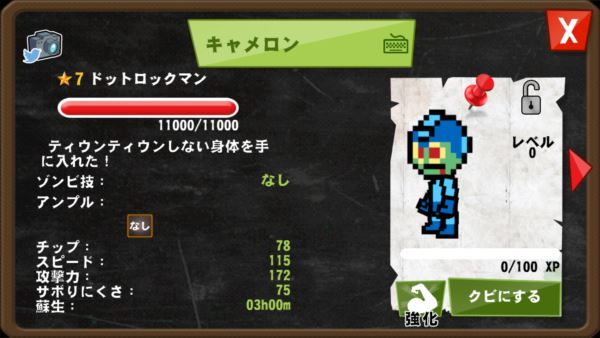 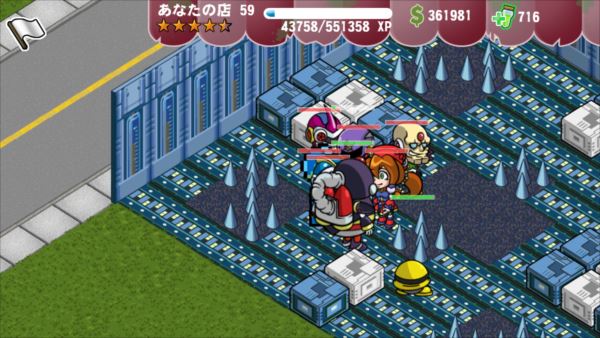 The one in the screenshots, players send up to 6 zombies to fight to the death (unlike the current half that uses current HP, zombies always have full HP in the start of each battle).
NO details yet, but it seems to be the Point Zombie event type. If so, after each victory, you receive points to exchange for rewards, such as X (armored), Vile, Sigma, 8-bit Mega Man, ...
Points are based on the difficulty, so the higher the more you receive. Just don't chew more brains than you can eat, as going hard and losing may not grant as many points as going easy and getting a flawless victory. Depending of performance, newcomers will probably be able to get only 1 of the characters.

Mets only appear as enemies.

Important:
-Events and gacha only become available when the player reaches level 8.
-You can't enter an event battle if your Meat Locker is full. Either fed the zombies to others to enhance their strength, or fire them.

Though Zombie Cafe is available internationally on Android and iOS, this crossover promotion is currently exclusive to the Japanese version. The event ends May 9th.