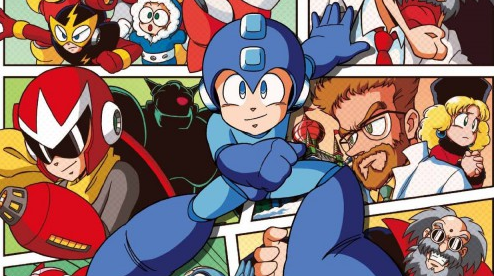 Capcom Japan recently announced that there will be a Rockman stage show at Jump Festa 2015 on December 20th. The show will promote the Japanese release of Rockman Classics Collection. Rockman Unity's Ucchy-san and Kazuhiro Tsuhiya - reportedly the game's producer in Japan - will be on-hand to speak about the game.

Under the pseudonym “TSUCCHIE”, Tsuhiya previously worked on Rockman 5 as a debugger and Rockman 7 as a programmer. He would go on to produce 2012’s Asura’s Wrath. It's worth noting Tsuhiya is absent from Mega Man Legacy Collection's credits, so it's interesting Capcom Japan refers to him as Classic Collection's producer.

It's quite possible he's playing a larger role with the Japan release. Or, and maybe this is a bit of a stretch, he's actually our mysterious new series producer. Either way we'll probably end up hearing more about his role come the 20th

Source: Capcom (via The Reploid Research Lavatory)
Posted by Protodude at 7:59 PM