Have Yourself A Very Twisted Christmas 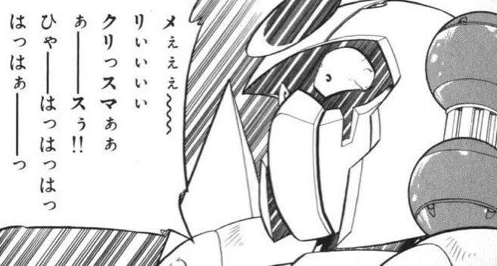 With Christmas lurking just around the corner, Japanese Rockman fans are getting into the spirit with a merry old tradition.

The above image of Bit from Iwamoto's Rockman X manga screaming "MERRY CHRISTMAS!!" is a hugely popular meme this time of year in Japan. The holiday cry is accompanied by a yearly bounty of fan-art and tributes:

You can read more about this little tradition at Auto's place here. It's a great read with some older art.

In closing, here's Iwamoto's Christmas piece for the year.