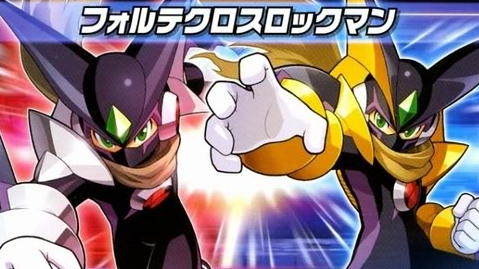 Once thought to be lost to the times, the Forte Cross transformations are actually obtainable in both Virtual Console versions of Rockman EXE 5 on Wii U. The gold (Team Blues) and silver (Team Colonel) forms can be unlocked simply by going to the in-game Communication menu and saving your game. The process also unlocks the ForteXX sidequest.

For the uninitiated, Forte Cross Rockman was a powerful form acquired through the Game Boy Advance e-Reader. Players could legitimately obtain it through a promotional e-Card distributed during the Rockman.EXE movie. In North America and Europe, the forms could be obtained through the use of cheat devices (Action Replay or GameShark).

Because data for Forte Cross Rockman and BassXX exist in the international versions, it's quite possible these extras will be made available when Battle Network 5 arrives on the Virtual Console internationally. We'll be sure to keep an ear out!