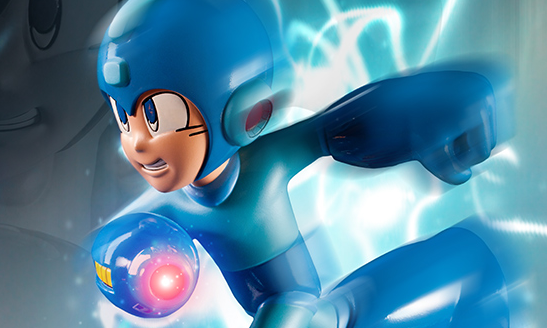 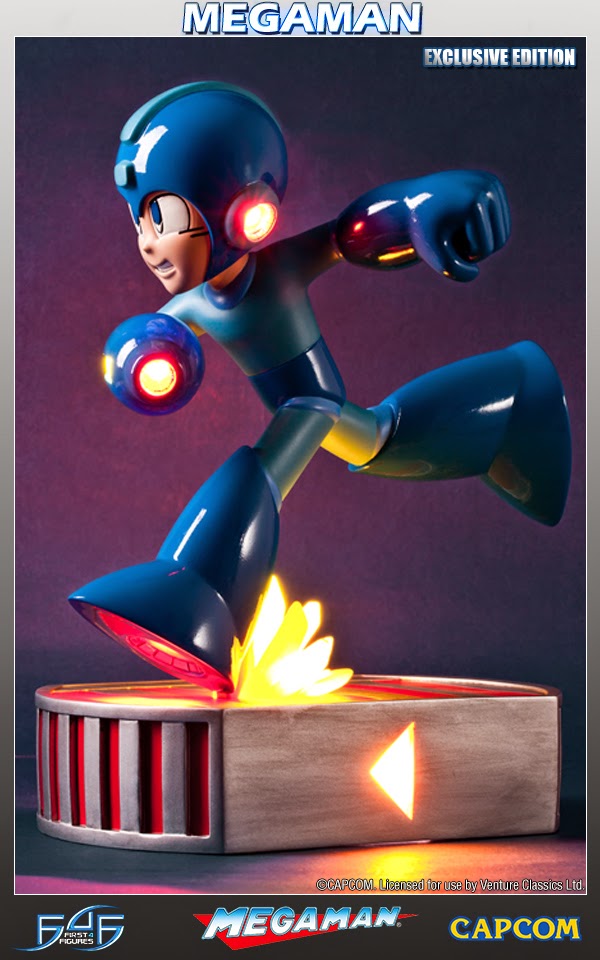 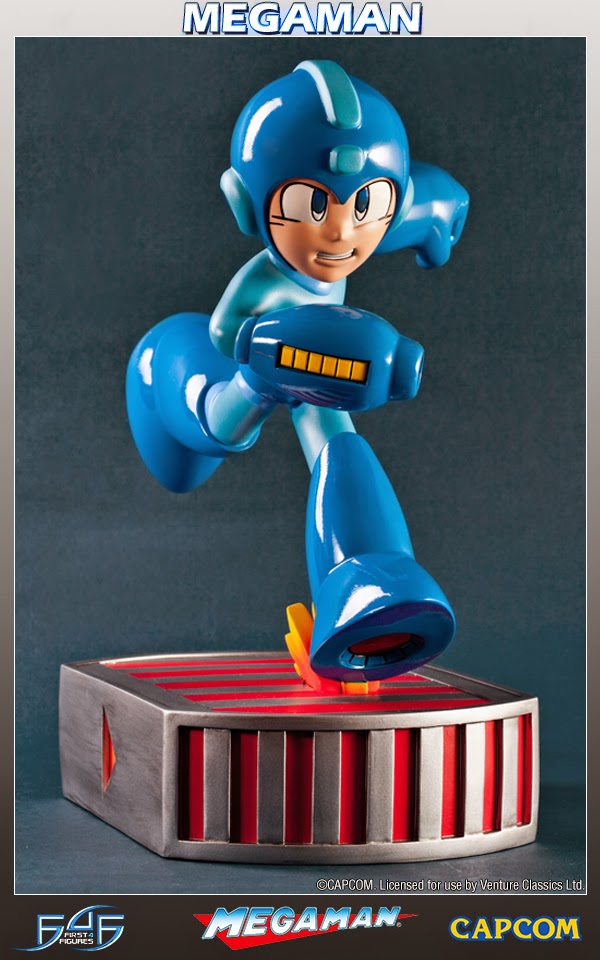 "Running Mega Man" will be available in two versions. The "exclusive version" features LED lights (left), priced at $229 and limited to 425 units. The regular edition is a bit cheaper at $199, but only 1,000 will be made (right). 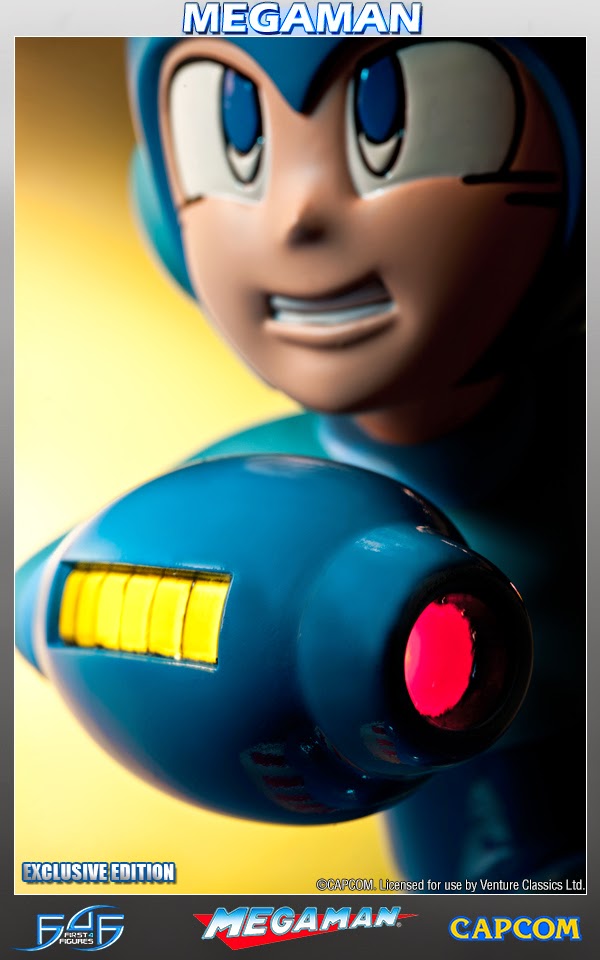 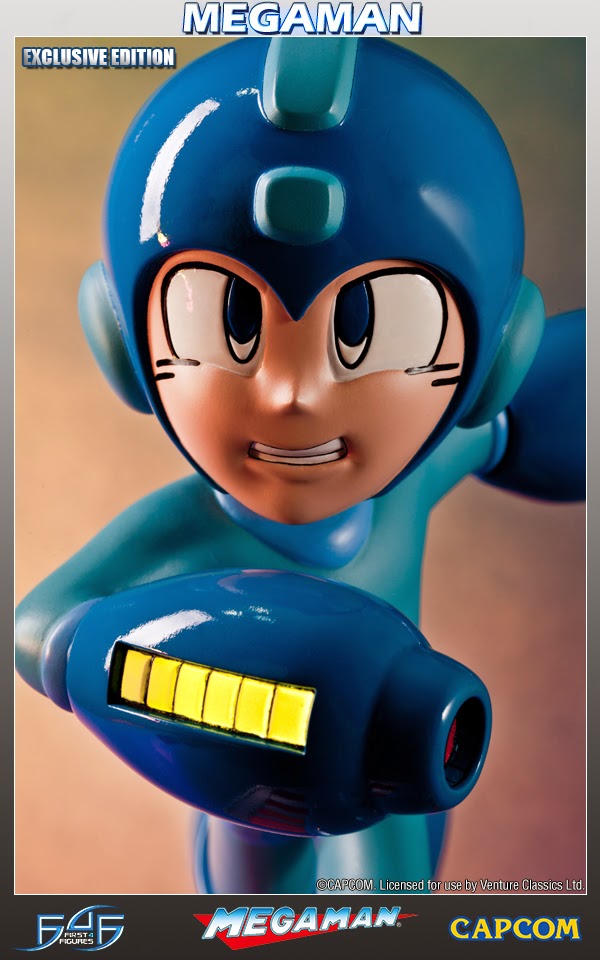 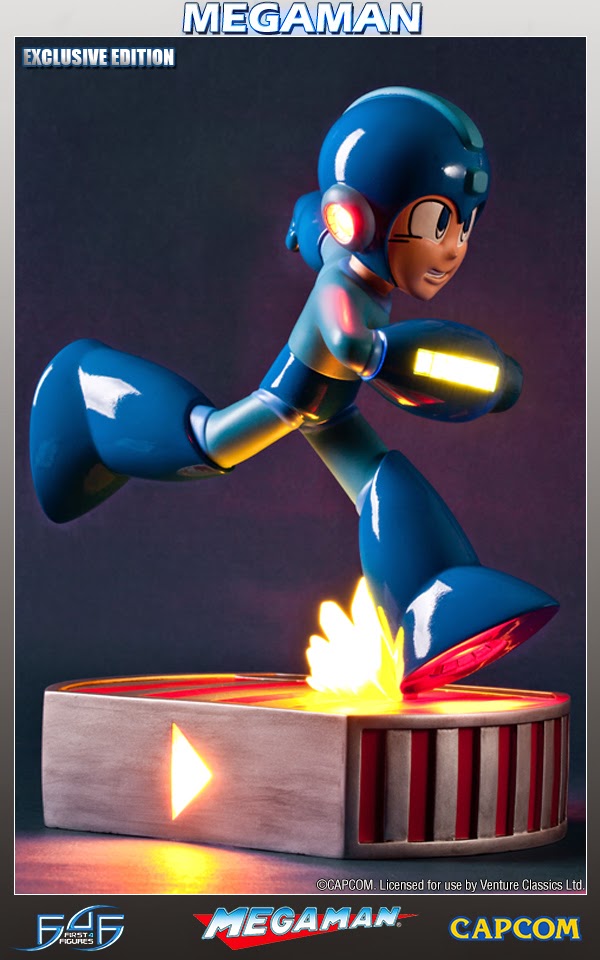 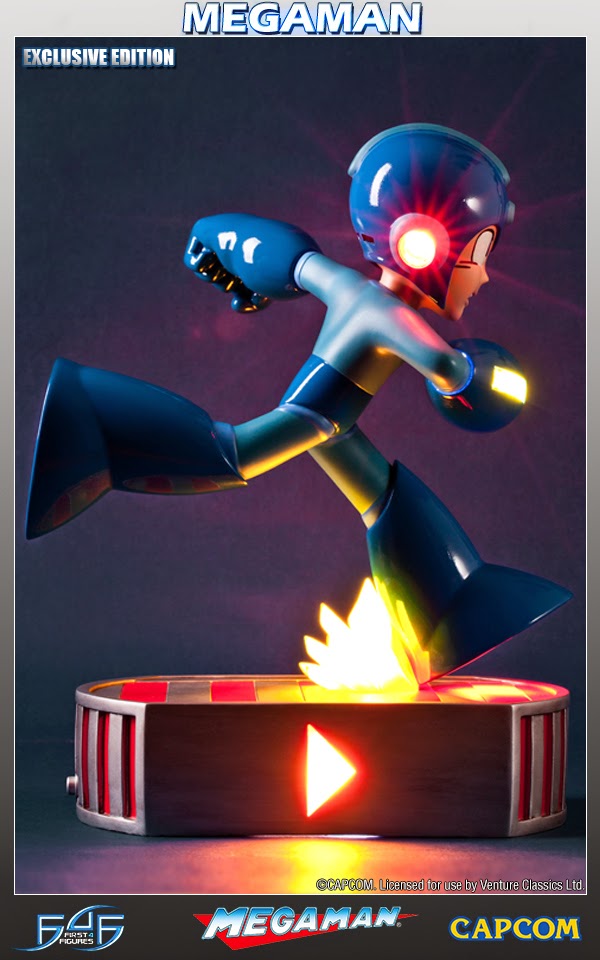 Both statues measure in at 14 inches and are expected to ship during the first quarter of 2015. You can see additional images of the exclusive version here and the regular edition here.

If your wallet hasn't quit with all this Mega Man merchandise coming out, you may pre-order the statue(s) at the links above.
Posted by Protodude at 1:41 PM