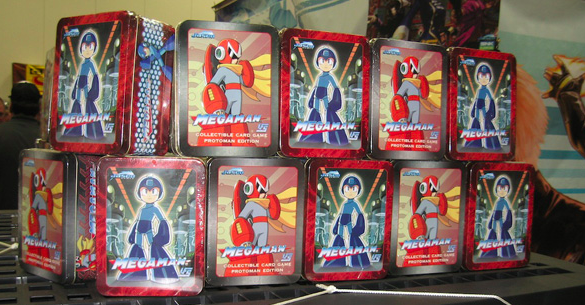 The collaboration between Mega Man and the card game Universal Fighting System has officially launched. As of this past weekend, both the Mega Man and Proto Man trading card sets are now available throughout North America. You can find them both online and in-store (hobby shops and the like) for a suggested MSRP of $29.99.

Some online retailers carrying the sets at this time include Noble Knight Games, FRP Games, Cool Stuff Inc., and various eBay stores. Stock is limited all around so grab yours while you can!