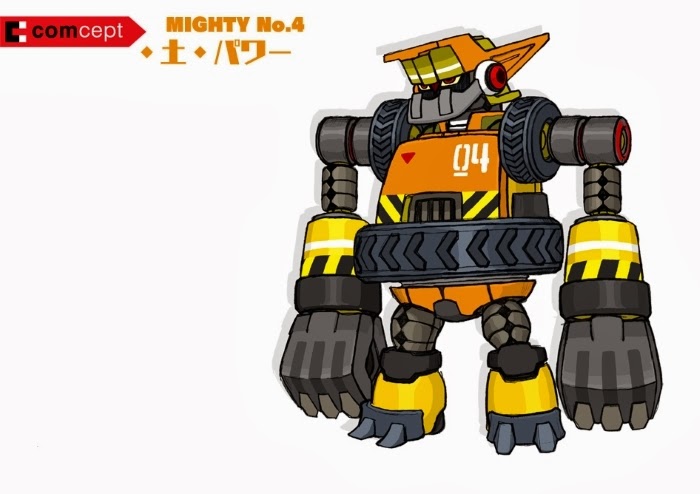 We caught a brief glimpse of Mighty No. 4 during the Mighty No. 9 Kickstarter finale livestream, but now we've got an in-depth look behind this hulking menace. This guy is all about brute force.

Unlike with some of the other boss characters, Mighty No.4's design was nailed down from the start. His body consists various construction/heavy lifting gear. -- had like a dump truck, the body of a big crane, bulldozer-like feet and excavator-scoop hands. As you can probably surmise, his theme is "earth." Dare I say, he reminds me a bit of Hitoshi Ariga's Guts Man.

For more details and images, head over to today's Kickstarter update.
Posted by Protodude at 5:09 PM