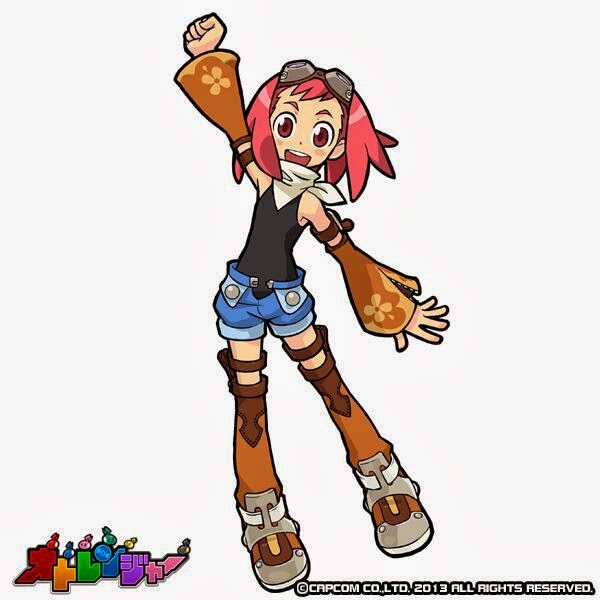 In case there was any doubt before, Mega Man Legends 3 heroine Aero is indeed joining the colorful cast of Sound Rangers fighters.

According to a few tweets from the Sound Rangers team, she will not be distributed via "gacha"; an in-game feature where characters are won at random (like Roll and Tron Bonne). Instead, the developers imply she be distributed as a gift for some unannounced event. We'll be keeping an ear to the ground, of course.

At this point, it's still difficult to say why the spotlight has fallen on Aero. Optimists say this is a sign of good things to come from Mega Man Legends 3. But perhaps the real reason for her inclusion is far simpler: maybe someone on the Sound Rangers team had worked on Mega Man Legends 3, and decided to bring her along for the ride? It's a chin scratcher, really.

For now though, you can pick up and play the game. It can be downloaded (regardless of region) for free from the Japanese iTunes. You will need a Japanese iTunes account, of course, so read up on those instructions here.