Friendly reminder: Sigma and his rebellion will, uh, rebel on this day a hundred something years from now. June 4th, 21XX, marks day one of the Maverick Wars. 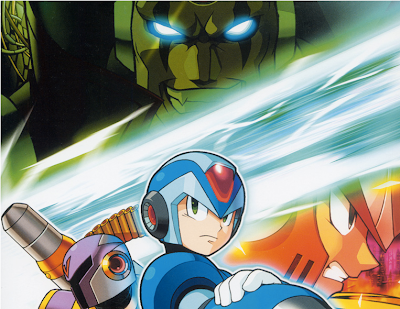 With "Rockman Day" just around the corner (6/9), I figured it might be fun to remind everyone of this little in-universe occasion. According to Dr. Cain's journal (scribed within the pages of Mega Man X1's instructional manual), Sigma will go Maverick on the fourth of June, consequently inciting a large-scale Reploid uprising against mankind:


"My worst nightmare has just come true. Sigma went Maverick today and took most of the other Hunters with him. His motives are unclear, but it seems that he "decided" that humans are inferior and limiting the growth of the Reploids. For that reason, he decided that all humans should be eradicated.

Most of the population is in hiding or trying to flee the city. I'm not sure how long we can hold out against Sigma's forces. I fear I have built the Reploids too well."

It should be noted that, in Japan, the rebellion was recorded on the fourth of July with the release of Rockman X on the PC in 1996. Canonicity is entirely dependent on personal preference, so for many of us in North America, today's the day.

Fans are celebrating this day in different forms. Some are booting up their respective copies of Mega Man X1, others are kicking back and watching the event unfold in The Day of Sigma animated film. Subsequently, the Legacy of Metal team have whipped up a new entry in their annual Maverick uprising fanction; a tradition that's gone on for eight years! UPDATE: I was just informed about another event -- the "Sigma Body Contest" over at MegaManX9.com. You could win a $100! Click the link for more details.

Today is what you make it, really. If anything, it's a day to celebrate the Mega Man X series itself. It's a day to be thankful for the games we have and look to the future with hopes of revisiting the war once again. Without the uprising, there would be no Mega Man X... let alone every series thereafter.

Happy Day of Sigma, everyone.  May your distant offspring make it through safe and sound!
Posted by Protodude at 1:35 PM