Don't let the title mislead you: Dr. Wily is not getting his own movie (interesting idea, though). Rather, the maniacal doctor, among other classic video game villains, will be making an appearance in Walt Disney's upcoming animated feature film, Wreck-it Ralph. 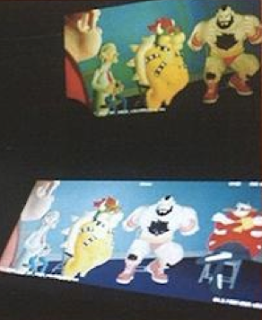 Wreck-It Ralph, due out this November, is a movie about the titular Ralph, a video game villain striving to become a hero. To that end, Ralph must escape the confines of his game, Fix-It Felix Jr., and travel to other video games to prove his worth. The film has been said to feature cameos and homages to a number of characters, but this is our first look at the concept in action.

The above image from Disney’s D23 Magazine is largely assumed to depict a scene where Ralph attends a video game villain support group. Dr. Wily (left), Bowser, Zangief, and Eggman/Robotnik are all present and accounted for. So, yeah; the scene essentially sells itself. Cinema gold in the making.

No indication how large a role Wily and his companions will play in the film's plot, but I definitely like what I'm seeing so far. And who knows? Perhaps Mega Man, too, will make an appearance? Hurray for mainstream exposure!