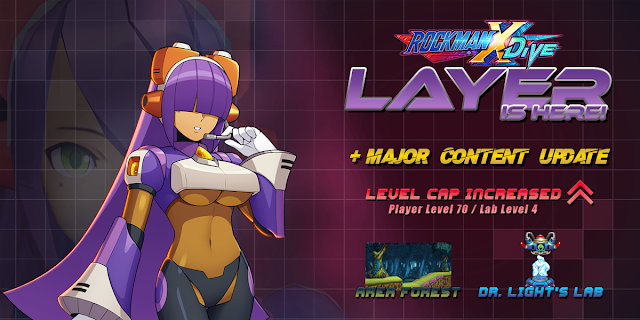 
Here are her skills:

Swing the sabre to inflict 181.44% attack damage to target within the area, and use consecutive lunges to continuously deal damage.

Expand a beam of light to continuously deal 80.64% attack damage to targets within reach.

Moving on to the content update, the level cap has been raised to 70. With this we will not only be able to craft level 70 armor, but also fully upgrade weapons which require the player to be at level 63.

"The Lab" can now leveled up to the fourth level giving us the chance to craft S rank weapons memories for the first time. These are the Crimson Scythe and Beam Machine Gun. Additional, we can craft Precision Material Boxes with Zenny and the materials Electronic Storage Bottle and Electronic Conversion Bottle. 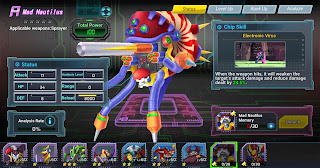 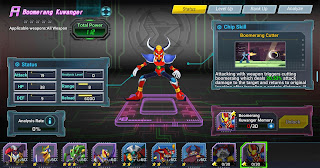 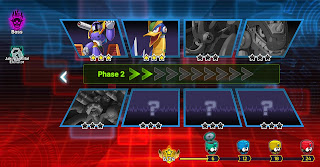 Sting Chameleon, REX-2000 and Mad Nautilus have been added to the Boss Challenge Mode. The chips for Mad Nautilus and Boomerang Kuwanger are now viewable but not able to be unlock for the time being. 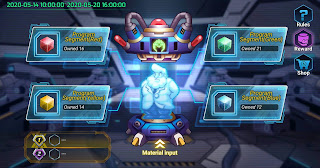 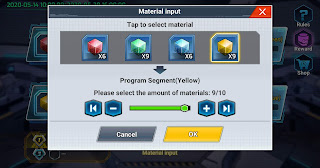 The Dr. Light Lab system is a new feature that lets you craft rewards such as Armor Parts, Proficient Memory Cards and Zenny, among other things. Most importantly, though, you can craft the S rank memories First Armor X and Extraordinary Mortar for a limited number of times.

By completing stages from Story Mode, you get "Colored Program Segments" that can be combined to create the rewards mentioned above. For example, combining 6 Red, 9 Green, 6 Blue and 9 Yellow Segments yields 5 memories of the Extraordinary Mortar.

If you discover these combinations quickly, you can opt-in to a ranking to get Elemental Metal when the event is over. The event "The Experiment Plan" is running in parallel, too, which allows you to collect even more rewards based on the number of "experiments" and "best result experiments" you conducted. 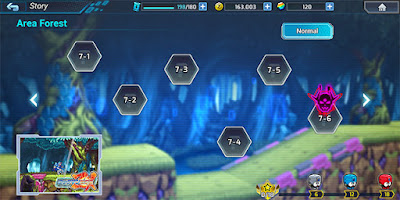 The seventh stage for the story mode, Area Forest based on Area A from Rockman ZX, has been added with this update and the sixth stage from Story Mode, Sky now can be played on hard mode to obtain new materials to upgrade your arsenal. Lastly, Gallery is the new co-op stage for players level 65 and 70.

A wide variety of refinements has been added to the game:

Many events have been added with this update as well. A daily login bonus event to celebrate the release of this major update -- which give players 900 EM among other things -- and rewards when you reach a specific level and rewards for completing stages in Story Mode.

For players that purchase Elemental Metal using real money, they will get a boost in the Elemental Metal received and the chance to enter a lucky draw to win Layer, Proto Man and Roll. Additionally, they can also win a new weapon, the Air Buster, which is based on Air Man's design and the Scarlet Tyrant which is already in the game.

For all the specific details of this events, please check the official site! 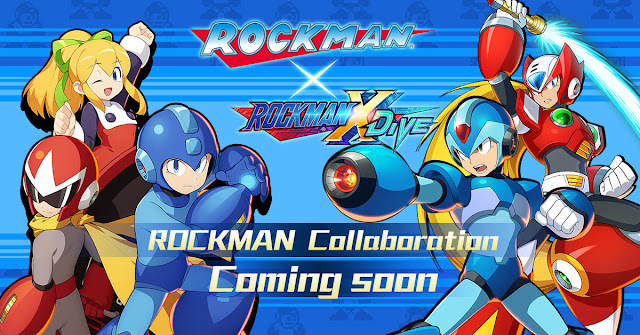 And last but not least, Capcom Taiwan are teasing again the crossover event between the Classic Series and Rockman X DiVE that will bring Mega Man, Proto Man, Roll and a well-known boss from the Classic Series to the Deep Log. The release date has yet to be revealed, but  they are likely to come next week when the Layer banner is over on Thursday. You can take a peek at the trio in action here.

The Jakob Orbital Elevator is also marked as "coming soon", too. Based on what they have shown in a recent stream, though, it will likely become available on June 4th.

Of course, this is not the end of this "major content update". Again, it's a multi-part update that will bring more content down the line. We're expecting the addition of  Story Mode Stage 8, Player Level 80, another stage for co-op, new armor and more. We will keep you posted as soon as the development team makes an announcement!
Posted by Reploid21XX at 9:28 AM