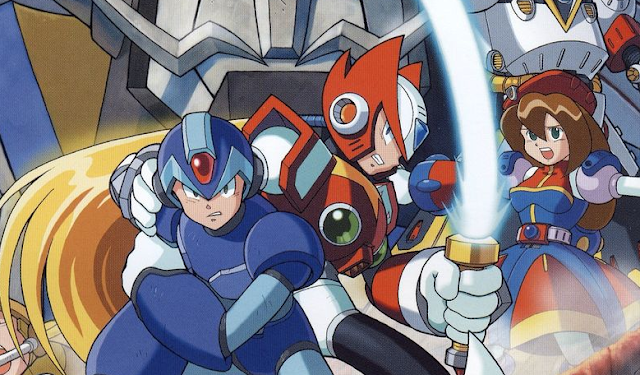 Shmuplations has translated an old 1997 interview between Mega Man X4 developers Yoshinori Takenaka (Producer), Koji Okohara (Planner), and Ikki Tazaki (Designer). The three talk about the project's origins, creating and implementing a fully-playable Zero, how the X series connects to the classic series and, perhaps best of all, the crazy parties that busted out during development.

Here's a small snippet from the interview:

Okohara: Looking back at X3, we felt there wasn’t enough difference between the way Zero and X controlled, so we we tried to really distinguish them this time. Zero only gets his sword. And there’s no “charge” ability for his weapon, either.

Takenaka: I remember the vast majority of the developers were against that decision at first, actually.

Okohara: Yeah, his sword doesn’t have any reach, and they thought it would make the game too difficult. To address that, we raised his attack power and added Street Fighter-style moves, so he feels completely different from X.


Head over to Shmuplations for the full read!
Posted by Protodude at 7:33 PM