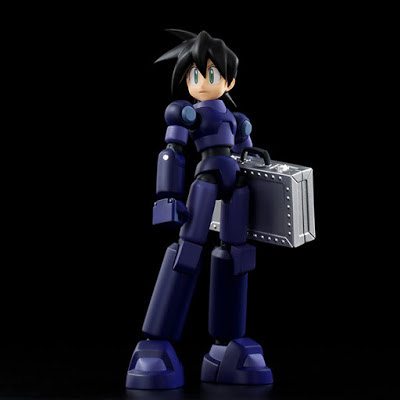 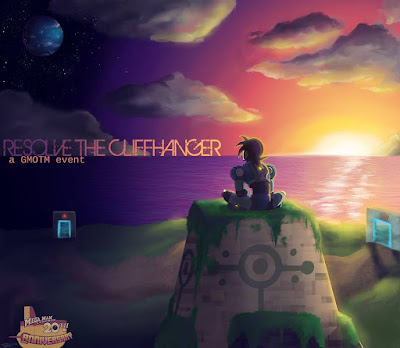 Here are the details straight from the GMOTM crew:

"We want *you* to resolve Mega Man Legends 2's cliffhanger!

However you see fit, we want you to tell us the events that occur AFTER Legends 2, explain the beginning events of Legends 3, or otherwise tell us what happens to our intrepid young Digger after he gets stranded on the moon. You can do this by either writing it in a fan fiction, comic, playable fan-game, audio drama, a piece of animation, anything you want! As long as it resolves the cliffhanger ending of Legends 2!"


And a couple stipulations you should be aware of:


1. Entries must not end on a cliffhanger themselves. No sense in resolving a cliffhanger if you're just going to make another one! Whatever you submit should end in a good place to either continue the story, or leave enough clues for the viewer to figure out the rest on their own.

2. In addition to explaining how MegaMan gets off the moon, you should also address the Elder System mentioned by Yuna at the end of Legends 2. You don't necessarily have to *resolve* this plot point, as we don't think it's as pressing as MegaMan's ending up stuck on the moon (Yuna herself stated that she doubted the Elder System would activate soon), but it's still an important thing that should at least be mentioned.

3. You do *not* have to follow the events of the 2010 Legends 3 project to resolve your cliffhanger. Your story can pick up right after the credits roll for Legends 2, and you don't even have to acknowledge Legends 3 existed if you don't want to! Creative freedom, baby!

4. Collaboration is encouraged! If you want to collaborate with someone to better form your idea of what happens after Legends 2, please do. Just keep in mind, prizes will be limited.

5. If you've already written a fan fiction, or have something that already resolves the cliffhanger, you are more than welcome to submit an older work.

6. While your entry's presentation will certainly count for something, submissions will be judged on their *story* primarily, and how well they resolve Legends 2's cliffhanger ending. So don't be discouraged if you see an impressive comic with amazing artwork. If you wrote a more engaging fan fiction, and the comic is just 30 pages of Data learning to make pizza successfully, then you'll have an edge up on the competition!


Lastly, here are the prizes:

The grand prize will include the "Bad" (Dark) Mega Man Volnutt 4 Inch Nel figure (a NYCC and Wonderfest exclusive), an 11" by 17" poster of the 20th anniversary Legends artwork we commissioned from Bonus Level, and a 13" bead sprite of Volnutt's sprite from Namco X Capcom.


All submissions are due by July 18th, the 7th anniversary of Mega Man Legends 3's demise and the founding of Get Me Off the Moon. So yeah; you got about five months to whip something up!

For the complete rules and additional details, head to the contest page here. Good luck!
Posted by Protodude at 3:23 PM