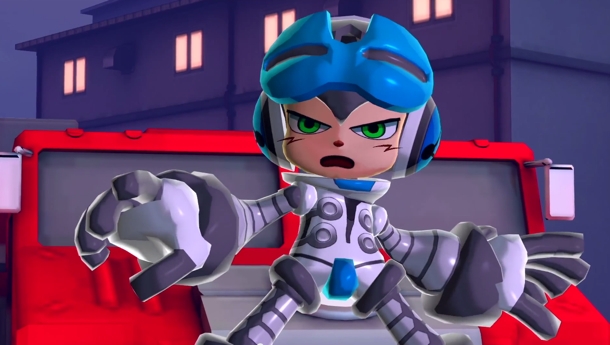 Keiji Inafune's Comcept, the studio behind Mighty No. 9 and Red Ash, has been acquired by Level-5 (Professor Layton, Yo-Kai Watch, etc.), according to this week's Famitsu. Rechristened as "Level-5 Comcept", the new subsidiary will work directly with Level-5 president Akihiro Hino to develop new games, combining the philosophies of both companies.

Keiji Inafune says Comcept - in its current form - will close down. However, the company will continue its responsibility to develop a title currently in production (not specified but presumably Red Ash). Their first game as Level-5 Comcept is scheduled to debut in 2018, a mobile RPG called Dragon Colonies. The game will feature player vs. player gameplay set in a world with various races and gigantic beasts.

Unfortunately, there's no word on what will become of the Mighty No. 9 franchise. It remains to be seen what will happen with the unreleased 3DS and Vita versions, too, not to mention missing physical backer rewards. I imagine we'll be hearing more on this acquisition soon. I'll keep you posted.