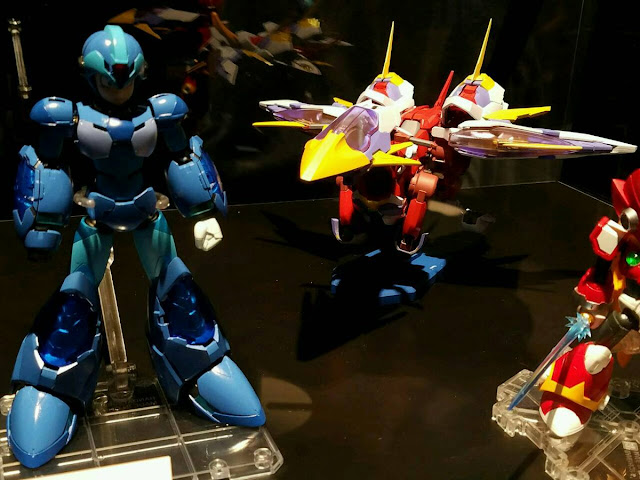 Our initial speculation suggested the Ride Chaser can combine with Bandai's Giga Armor X to form a powered-up, Ultimate Armor mode. Pieces on the Ride Chaser still imply that - however, there may be more going on here than meets the eye.


The Ride Chaser and Giga Armor X were on-hand for attendees at Tamashii Nations 10th Anniversary World Tour in Osaka. Fans were permitted to take photographs and, in doing so, may have uncovered the Ride Chaser's much-hyped secret. 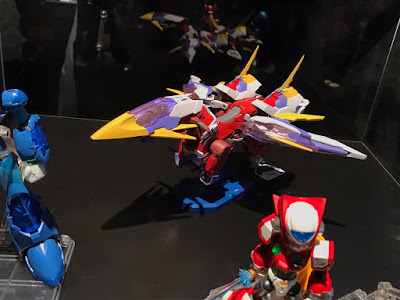 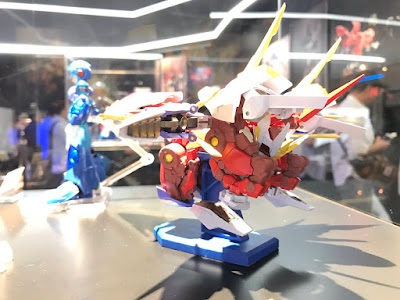 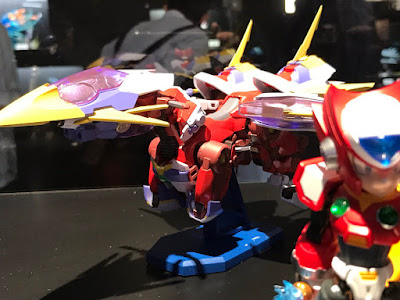 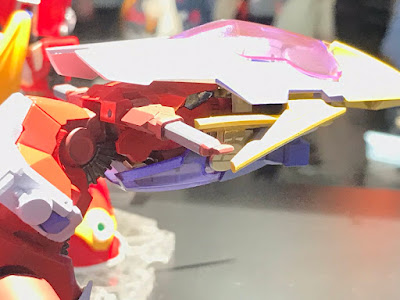 Do you see it?

Take away X's power-up pieces and the Ride Chaser appears to transforms into a mechanized beast. Is it a horse? Better yet, is it a canine similar to Rush? Wouldn't that be interesting - Rush's Rockman X counterpart? Now THAT is uncharted territory right there.

Unfortunately Bandai could neither confirm nor deny these theories. They did, however, confirm X and the Ride Chaser will be sold together for 12,900 Yen (roughly $116 US). Size-wise, X stands at 140mm/5.5 inches (about a half-inch bigger than the D-Arts figures). Lastly, the figure is indeed a Chogokin die-cast, not a model kit. It's anticipated to ship later in October.

Credit to holiday8823 and TERAKAK2 for the images!
Posted by Protodude at 12:39 PM