You saw the teaser now check out the real deal. Red Ash was officially revealed today at AX2015 by former Mega Man producer Keiji Inafune. A collaborative project by Comcept and Studio 4℃, Red Ash strives to be the spiritual successor to Mega Man Legends... and then some.

Just like the primordial days of Mighty No. 9, Red Ash is starting out as a Kickstarter, err, Kickstarters. It will be a game AND an short animated feature, apparently. Red Ash: The Indelible Legend is the game by Comcept; Red Ash The Animation: -Magicicada- is the anime by Studio 4℃. 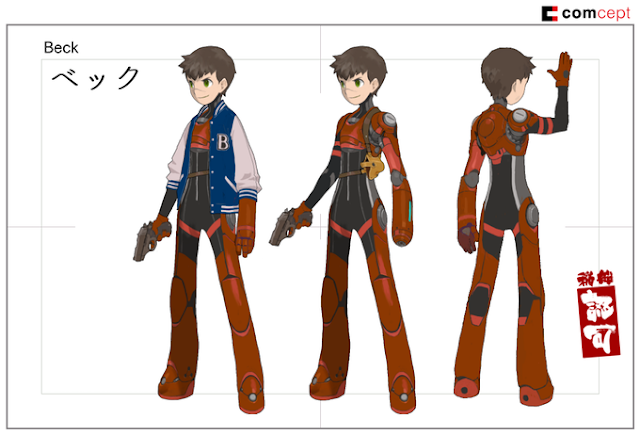 
RED ASH is an opportunity to not only fulfill Keiji Inafune's desire to create a game that pays homage to Japanese animation, but also his vision of "immersing players in a freely explorable anime world." The RED ASH team is spearheaded by Art Director Kazushi Ito and Director Masahiro Yasuma, key members of the original team that pioneered open world game design with Mega Man Legends. With the RED ASH project, they aim to build an action adventure experience with a new level of freedom, complete with the polish expected from such veteran creators.

Sharp-eyed readers may notice that this project has inherited some of the DNA from our Mighty No. 9 project--specifically, the shared character names Beck and Call. We feel that this is an important part of the project: we're taking this opportunity to create an altogether different type of game together with the support of fans and backers. We want to continue embracing this new style of game design and production, challenges and risks included. With RED ASH, we hope to channel your passion for gaming into our creative process, and fulfill both our own dreams and the dreams of our fans around the world!

As a result of the Robot World War, humanity is driven to the brink of extinction.  Humanity has managed to persevere and survive, battling now feral robotic weapons at every turn in a world of nothing but wasteland and ruins...

With the advent of Lost Technology, precious legacies of a forgotten era, they have managed to rebuild their society. A wealthy class has emerged, helping to expand these newly formed cities and settlements and living in opulence as a result.
However, their livelihoods are supported by the brave fools who hunt the dangerous ruins and wastelands for Lost Technology. These people are known simply as Delvers.

RED ASH is an action adventure game with third person shooter elements. One of the main goals behind the project is to inject more modern design elements into the classic action adventure RPG formula.
The main character, Beck, is tasked with infiltrating the interior of the Mobile Citadel KalKanon, exploring it's village, castle, and hidden dungeons. His goal is to stop KalKanon before the Peacemakers make piecemeal of the whole thing!

Solving these questions and more are the keys to uncovering the story of KalKanon.
That being said, we also want to include a myriad of elements to set this game apart from your typical RPG--specifically, bargaining between partners, interaction with NPCs, an almost mischievous sense of freedom, and dungeons built with elements of horror.
Of course, a key part of the game will be delving into dungeons to earn money in order to have Call develop parts and upgrade Beck's abilities (in true action RPG fashion).

RED ASH is a very special project: an unprecedented collaboration between anime and gaming companies, working together to create their own unique content based on the same property and characters. These projects are based in separate, yet parallel worlds, giving creators on both sides full freedom to create whatever story or world they want.

The game project will be lead by veteran game creator Keiji Inafune and comcept, while the anime project will boast the distinct style of the critically-acclaimed Studio 4℃. Both teams will shape their own independent works with full creative freedom.

That's why for this Kickstarter project, we've decided to start with a prologue chapter we call "The KalKanon Incident." This story has always been planned as a key jumping-on point for the universe, and we hope to use this small, but dense taste of the RED ASH universe as a foundation on which to build future content. Whether it's through additional funding, revenue from "The KalKanon Incident" sales, or teaming up with a publisher, this is a story we are determined to tell, and we want all of our backers to be on the ground floor for the creation of this new game universe. We have a vision of a story and universe that we feel deserves to be told, and we need your support to make it a reality! 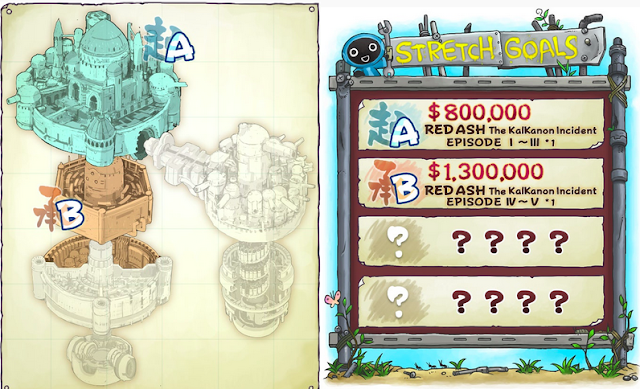 The game is in an episodic format. The current 800K goal covers only the first three episodes. More money=more playable episodes. 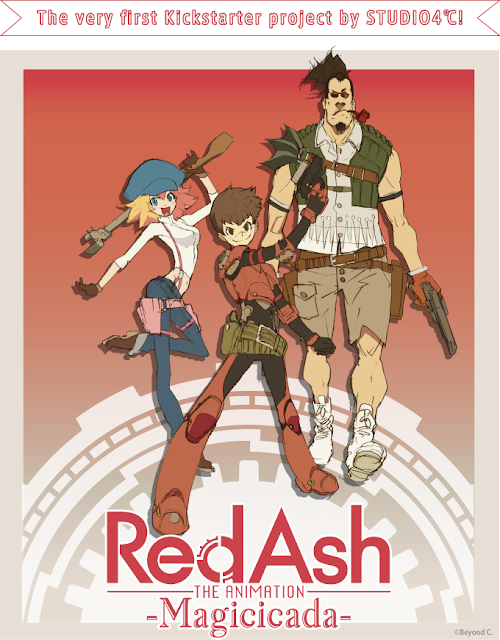 “Red Ash THE ANIMATION” is envisioned as a fast-paced, entertaining film in which unique characters explore various stages.

We call it a “treasure-hunting animation.” Progressive stages of the adventure will be created by STUDIO4℃ creators, artists whom we wish to collaborate with, and young up-and-coming talents. The idea is to incorporate different worldviews by bringing together creators of diverse talents to develop each new stage of the adventure. The ultimate vision is to produce a movie involving dozens of talented creators!

We need your support to create a movie filled with gimmicks, riddles, secrets and conspiracies that will keep you on the edge of your seat!

It is an innovative entertainment concept brought to you by STUDIO4℃, the creative studio of the groundbreaking “Genius Party” anthology! 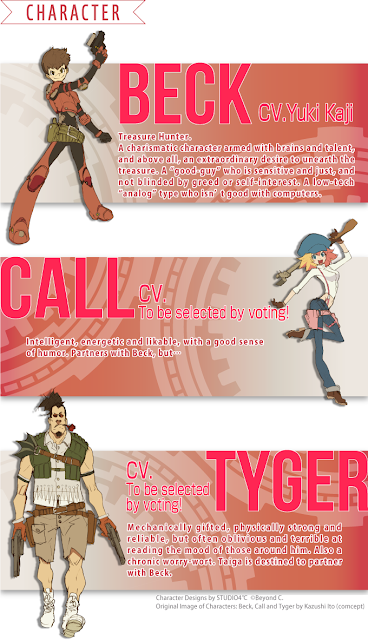 The top creators of STUDIO 4℃ are developing an unprecedented 3D animation experience!

First of all, we try to reach the initial goal to the first 5 min episode.
Every time we reach a new stretch goal, additional stage (minute) will be added to the story.

Animation production requires meticulous preparation and development. By building the story step by step, the level of excitement and quality of each stage will be well improved.


If our ultimate goal of $2,480,000 is achieved, the project will culminate in the production of a feature film. We hope everyone to watch the animation on a big screen! Also the film will be applied to international film festivals for competition.
Support us to make this challenging but ultimately entertaining animation project happen!

Please refer to the Kickstarter links above for more information.
Posted by Protodude at 1:54 PM