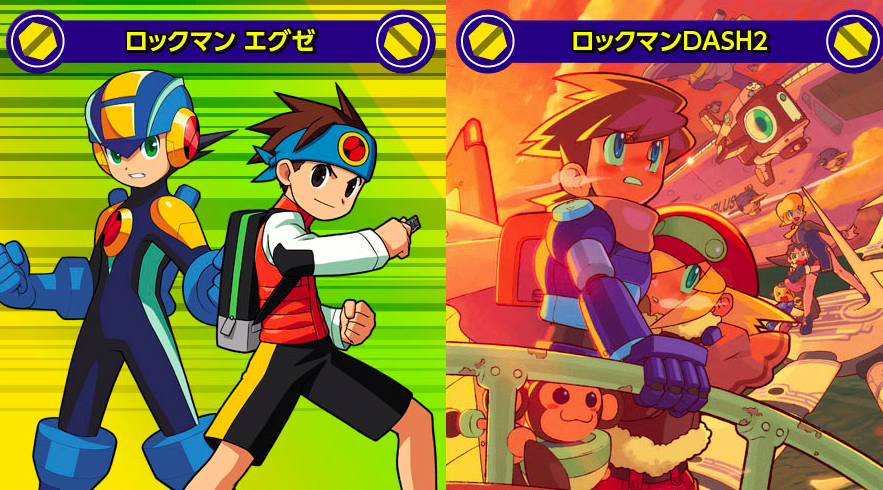 Back by popular demand, Capcom has confirmed plans to reprint the Rockman DASH 2 and Rockman EXE mini art books exclusively through e-Capcom. Originally released in 2009 and 2014 respectively, these "Capcom Special Selection" packs contain a 32 page booklet of both official and conceptual artwork, and a mini CD soundtrack.

These days you can find them on eBay for well over $50. Rather than charge a premium, though, eCapcom is asking for 1,825 Yen a piece (roughly $15.30). If you have the means to do so, you can pre-order the DASH 2 pack here and the EXE pack here. Both volumes are expected to ship later this June.

Stock is limited... grab 'em while you can!