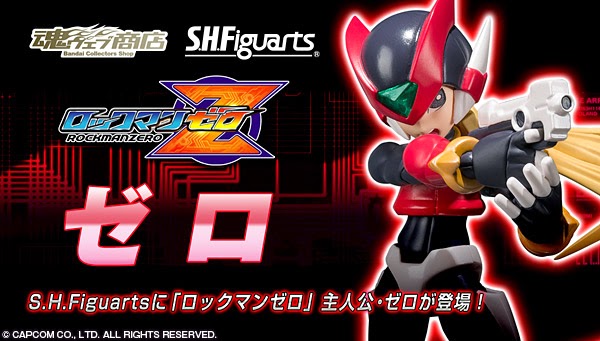 If your wallets still haven't shriveled up with all the Mega Man merchandise coming out, you can now pre-order Bandai's S.H. Figuarts Mega Man Zero at BigBadToyStore. The figure is expected to be available in October and will run you $50.99. It comes with four weapon accessories (Z-Saber, Buster Shot gun, Triple Rod, and Shield Boomerang), three hand parts and one alternate face part.

Curiously there is still no sign of Bluefin's North American release, but it ought to come around eventually. Sooner than later, I hope.

Thanks to Eric for the tip!
Posted by Protodude at 4:02 PM