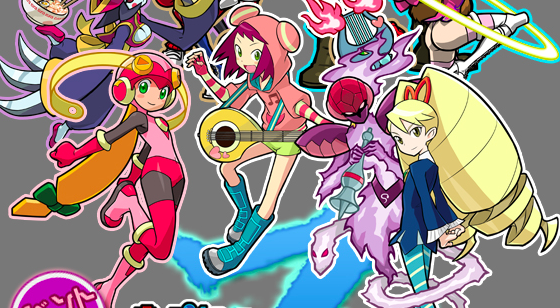 Starting February 21st, Sound Rangers players can log in for the chance to win a handful of new playable Capcom characters. Among familiar faces, Mega Man Battle Network's Roll.EXE and Mega Man Star Force's Sonia Strumm and Luna Platz have been confirmed to appear. These three characters can only be obtained via "gacha", a feature that allows you to trade your in-game currency for random characters.

Additionally, everyone who logs in to the game between the 21st and the 24th gets a "type B" Servbot. No currency needed; this one's on the house or so they say.