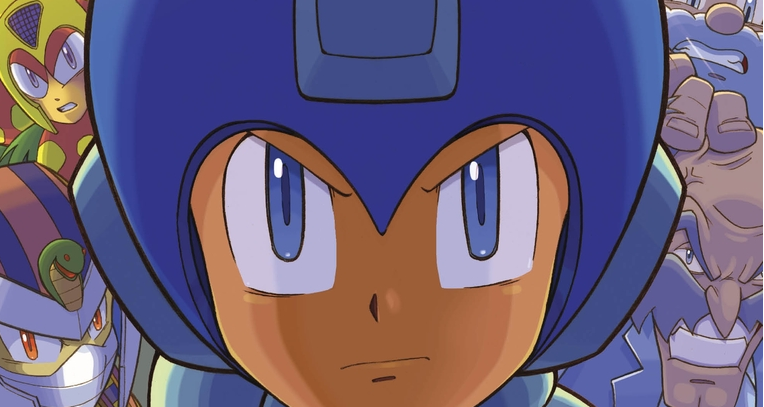 Despite having a long-distance release date of September 23, 2014, the eight Mega Man trade paperback has already been listed on Amazon. Entitled "Redemption", this 104-page book will comprise of issues 33 through 36.

Pending the official solicitation, however, we can't say for sure if the back-up Mega Man X stories will be included or given their own trade paperbacks. Personally speaking, I'd prefer the former. We'll keep an ear out.

Anyway, If you've been collecting the TPBs I suppose it couldn't hurt to pre-order early. It will run you $10.97.

Thanks for the tip, Eric.
Posted by Protodude at 3:12 PM