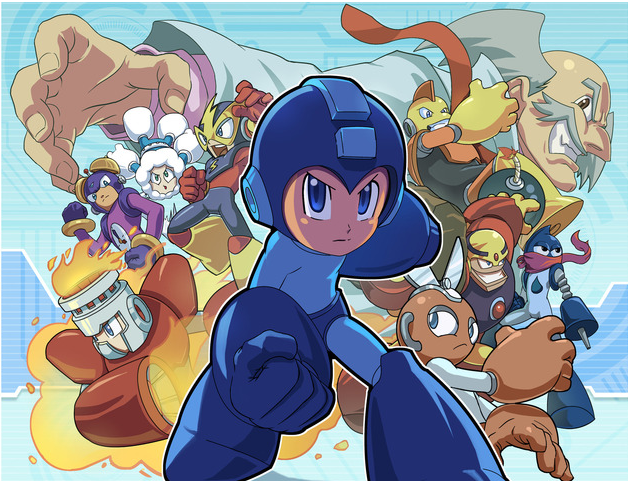 At long last, Jasco's official Mega Man board game Kickstarer has begun. The campaign is seeking $70,000 in funding. As of this writing, it's amassed over $60,000 under five hours. I think this one is going to be just fine.

Now, let's talk prizes. Campaign backers can get a copy of the game for $60 as part of the "early bird" special. Additionally, a deluxe bundle, which adds support for Oil Man and Time Man and additional pieces is, is available for the Kickstarters first 24-hours for $130. Other backer rewards include Proto Man mini-figures, tins from Jasco's upcoming Mega Man Universal Fighting System trading card game, and an art print.

The board game is projected to release October 2014. You can find out more details by visiting the Kickstarter page, which is filled with concept images, a rundown of gameplay, and other fun stuff.

UPDATE: It's funded. Onward to stretch goals.
Posted by Protodude at 4:54 PM