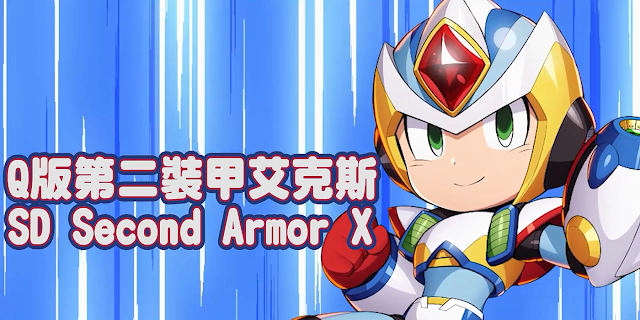 A new event is about to begin in Rockman X DiVE this week. Judging by the Koinobori in the event stage, this one will celebrate "Kodomo No Hi" or Children's day. It's a Japanese national holiday which takes place every year on May 5 to celebrate children's growth and happiness.

While the X DiVE event comes a few weeks behind its real-world counterpart, it won't leave anyone indifferent, especially for fans who love Mega Man Powered Up's art style.

SD Second Armor X's first active skill is Stock Charge Shot. It fires an energy round that damages the target and can be charged for a more powerful shot. Thanks to one of the skill cards, when maximum charge is reached, six rounds can be released at once for devastating damage.

His second active skill is Giga Crush which attacks all enemies in range and fires three tracking "ice cream missiles" that ignore terrain.

Let's us know what you think about this new addition to Rockman X DiVE's roster in the comments!