This time tomorrow the version 1.2 update for Azure Striker Gunvolt will be released in North America. The update will allow the game to take advantage of the New Nintendo 3DS control scheme, among other additions.


Here's a complete list of what we'll see from version 1.2:

No. 1: Boss Rush Mission
Beat the game to unlock the new Boss Rush mission! Get 1000+ Kudos during Boss Rush to hear the English version of Beyond the Blue!

No. 3: Support for New Nintendo 3DS™
Use the ZL Button and ZR Button to change your weapon on the fly! Enjoy higher CPU power and shorter loading times too!

No. 5: Various Bug Fixes
Various big fixes have been implemented:
– A bug that prevents players from progressing mid-game has been fixed
– Typo fixes
– Other small bug fixes 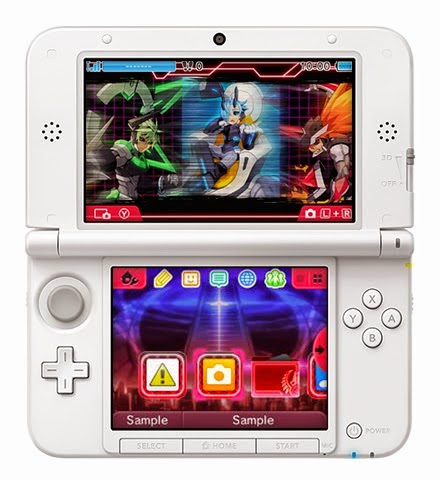 What's more, Inti Creates are planning to release a 3DS Home Menu theme on titled “The Sumeragi 7” featuring the seven Sumeragi bosses on the top screen and “Sumeragi Skirmish” playing in the background. It will run you $1.49.