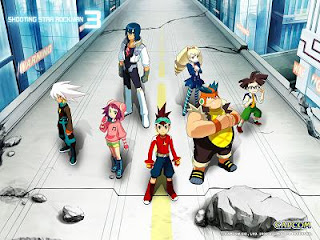 Capcom of Japan has just opened their teaser site for the upcoming Ryuusei no Rockman 3.

It's somewhat bland at the moment with the exception of a wallpaper and a few tidbits about the game: Bly will be returning as an alley, a new protagonist will eventually be revealed, and it appears that "sound" might be a vital gameplay role.

Stay tuned for more updates!
Posted by Protodude at 7:36 AM