EXE 5 Movie Edition Is In the House 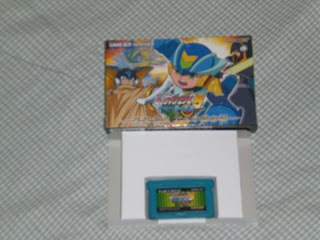 To honor the theatrical crossover between Rockman.EXE and Duel Masters, Capcom gave away a very special promotional version of EXE 5: Team of Colonel.

Content wise, it's the same game as EXE 5: ToC. However, it was once rumored the game contained new scenarios straight from the film.

I managed to snag this one off of Rinkya a week ago, chances of it reappearing are quite high, last week yet another copy was up for bidding (gone now).

Keep your eyes peeled to Rinkya
Posted by Protodude at 3:35 PM