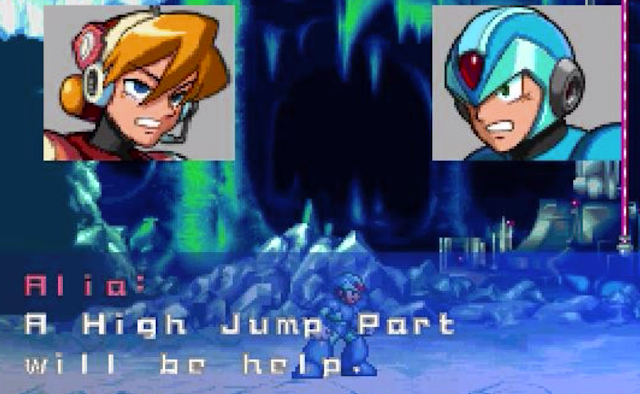 Whether you love or hate Mega Man X6, I think the majority will agree its English localization was a hot mess (except this. That was pure gold.) It's truly unfortunate because there's actually a good story underneath all that hogwash. That's why a one DuoDynamo has set out to re-translate the game from the ground up.

Using both the original Japanese and English localization as sources, DuoDynamo has been hard at work re-translating Mega Man X6. His work-in-progress script, which can be found in a publicly available Google Drive directory, hopes to provide fans with more lively and believable dialogue while still remaining faithful to the source material. The work completed so far has been dived up between "Events" (cutscenes) and "Stages" (Alia tips and boss dialogue).

Here's an example of the original localization vs. DuoDynamo's script:

Isoc: Attention all Reploids on Earth! As you all know, these are chaotic, disturbing times. The "Nightmare" is upon us. It shows Reploids a kind of "dream" for human beings... no. It's a "Nightmare". The Nightmare makes Reploids confused. In the worst case, they may malfunction or delete themselves. Due to the Colony incident, there are few Reploids or humans are left on the Earth... We won't accept sacrifice anymore! This would bring us to the Earth Crisis. Taking the matter seriously, we have sent investigators to the 8 suspected areas to uncover the mystery of this Nightmare phenomena. It's said that the Nightmare phenomena are cause by... a ghost of Zero... known as an ace Maverick Hunter...

Isoc: To all Reploids remaining on Earth, a minute of your attention! As you all know, a bizarre event has been taking place all around the globe. It is a phenomenon we have decided to dub the “Nightmare”. It causes Reploids to see disturbing visions, akin to actual nightmares. These visions often cause Reploids to lose self control and act violently. There have even been accounts of fatalities due to these brutal behaviors. Ever since the Space Colony Eurasia incident, the population count for humans and Reploids has been at an all-time low. Therefore, we cannot afford any more losses! The lack of able bodied Reploids has put us on the brink of a global crisis! To prevent that, in order to assess the true nature of the Nightmare phenomenon,we have sent investigators to eight areas of interest around the globe. However, even now, we do have one major lead: the late Maverick Hunter Zero.We suspect that leftovers of his data are the source of this phenomenon…. like a ghost haunting the living.

Ultimately, DuoDynamo intends for his script to be used for a patch. He admits he has no idea how to create a patch so help would very much be appreciated on that front. Drop him a comment below if you're interested.

Best of luck to DuoDynamo! Please be sure to check out his progress every now and then!
Posted by Protodude at 3:25 PM