Mega Man ZX3 Was in Development at One Time, Says Inti Creates 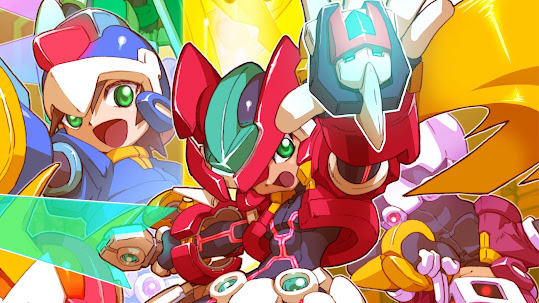 During an unsuspecting Christmas livestream, the gang over at Inti Creates casually dropped a bomb: Mega Man ZX3 was once in development under the code name "ZXC".

The topic came up during the Mega Man 9 portion of the stream (around 1:13:38). Inti Creates president Takuya Aizu complimented Yoshihisa Tsuda for how "smooth" Mega Man controls. Things took an interesting turn from there. Check out the transcript below! (translated by Sidier)

Toshiaki: And it moves very smooth, no?

Aizu: Well, you know, Mr. Tsuda made ZX3's player character, right? He was working on the ZX3 player character and then brought what he had to Mega Man 9's player character. It was in the middle of ZX3's development. [note: Aizu isn't referring to ZX3 or MM9's *literal* playable character(s). He is referring to the technical mechanics behind player-controlled characters. How they move, how they feel, etc.]

Tsuda: I-is it okay to talk about this topic? Is this a good idea?

Aizu: Because the right name is ZX "C"!

Aizu:  I am the drunkest. (laughs)

Tsuda: Well, he was preparing things to make it right away.

Aizu: Sure. He came up with a lot of places for the game's world. No; I guess we shouldn't be talking about ZXC.

Aizu: I'll cut it up in the archive later. [i.e cutting the ZXC comments from archived version of the stream. He didn't.]

Tsuda: If the fans wanna complain, talk to Capcom!... kidding!

Aizu: Those involved in the decision [cancelling ZX3/ZXC] have left Capcom by now anyway! Mr. Inafune isn't there anymore to begin with!

And there you have it.

So to sum up, Inti Creates were developing a third Mega Man ZX code named "ZXC" around 2008 or so. ("C" probably abbreviation for the game's subtitle à la Mega Man ZX Advent) Yoshihisa Tsuda was working on ZXC's player character(s) with Mr. Yabe drafting the game's setting materials. Partway into ZXC's development, however, Tsuda's work was transferred to Mega Man 9. We can infer ZXC was cancelled around this time.

There's a lot to digest here. And a lot we still don't (and certainly want to) know! I can do some poking around. I'll see what I can come up with. But - man. How do you guys feel about all this? And after so many years too!