An article over at Press the Buttons exams one of the more prominent level designs patterns featured in the Mega Man series known simply as the 'turnaround' point. 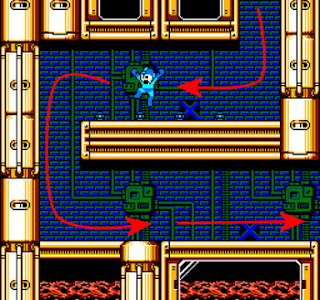 Described as the point where "the path will force [the protagonist] to drop into a room from above, make a quick jog to the left, drop down to the ground, and continue onwards to the right", can be found in not only practically every classic series game, but a number of other Capcom 2D sidescrollers, too. Have a look at some of the other 'turnaround points' from the classic series: 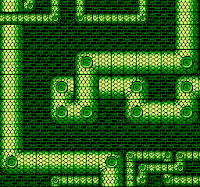 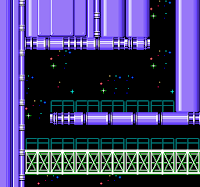 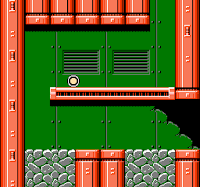 It's an interesting design, makes me wonder if it's a level designer's trademark or something. There's plenty more where that came from: click here for a complete rundown of every know turnaround point.
Posted by Protodude at 4:27 PM